16 Healthy Foods That Improve Your Memory 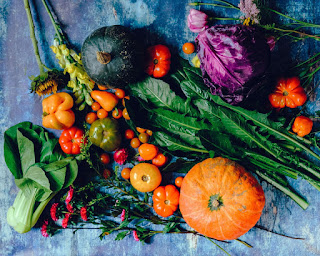 What we eat every day affects not only our physical health but also our cognitive functions. For our brain and the rest of our body to function properly we need to maintain a varied and balanced diet.

In this sense, we can incorporate certain foods that will help us improve memory and concentration, and prevent long-term certain neurodegenerative diseases.


Next, we are going to talk about 16 healthy foods that improve your memory and concentration.


Avocados are one of the healthiest fruits and help us improve cognitive functions. Although they are high in fat, it is important to know that they are monounsaturated, a type of fat that keeps blood sugar levels at bay. they also reduce blood pressure (related to cognitive impairment).

This fruit also contains folic acid, which helps the body maintain and create new cells, and vitamin K, essential to prevent blood clots in the brain and keep bones strong. Also, avocados are rich in vitamin B and vitamin C. An essential food in a healthy diet.


Dark chocolate contains cocoa, which is rich in flavonoids, substances with antioxidant and anti-inflammatory effect. Antioxidants are especially important for the health of our brain since it is very susceptible to oxidative stress, which contributes to age-related cognitive impairment and neurodegenerative diseases.

According to research, cocoa flavonoids may be essential for neurogenesis and blood vessel growth in various brain areas related to memory and learning. Besides, in several studies, it has been observed that eating dark chocolate can improve brain plasticity and that flavonoids could have a positive effect on improving spatial memory.


Cranberries and many types of berries contain flavonoids and antioxidants (anthocyanin, caffeine acid, catechin, and quercetin) that help reduce inflammation and oxidative stress in the brain .

The latest research indicates that these compounds have a positive effect on cellular communication, produce an increase in neuronal plasticity, and reduce or delay certain neurodegenerative diseases related to age and cognitive impairment that affects memory and other cognitive functions.


Coffee consumption is widespread and its effects on attention and concentration are well known. Caffeine blocks a substance in the brain called adenosine, which causes drowsiness in the person. Beyond increasing alertness, some studies suggest that coffee may increase the brain's ability to process information.

Research has found that coffee increases "brain entropy," which refers to complex and variable brain activity. When such entropy is high, the brain can process more and better the information it receives.

Coffee is also a good source of antioxidants, and its consumption has been linked to a reduction in the risk of cognitive impairment, as well as suffering from Parkinson's disease and Alzheimer's disease.


The consumption of nuts is recommended, as they contain a large amount of omega-3 fatty acids and antioxidants. It has been suggested that a higher overall intake of nuts is related to better brain function in old age.

Also, nuts are a source of vitamin E, a powerful antioxidant that protects cells from oxidative stress caused by free radicals and whose effects could contribute to improving cognition and reducing the risk of developing Alzheimer's disease .


Coconut oil is probably the most versatile oil you can find. It is also used for cooking, for hair and beauty treatments. However, apart from these known benefits of coconut oil, it is also very beneficial for the brain, as it contains high levels of medium-chain triglycerides that help break down ketones (byproducts that act as fuel for brain cells).

Coconut oil also contains anti-inflammatory properties that help suppress inflammation in cells. Studies have shown that coconut oil is beneficial for age-related memory loss. Besides, it can also act as a probiotic that destroys harmful bacteria present in the intestine.


In addition to being a source of low calories, broccoli has positive effects on our brain. This vegetable is rich in compounds called glucosinolates that, once decomposed, produce isothiocyanates, substances that can reduce oxidative stress and reduce the risk of neurodegenerative diseases.

Broccoli also contains a large amount of vitamin C and flavonoids, as well as choline and vitamin K, which are essential for maintaining the proper functioning of the nervous system and cognitive functions. Also, according to some research, broccoli may help improve episodic verbal memory.

8. Salmon and other blue fish


Bluefish such as salmon are an important source of omega-3 fatty acids, essential for brain cell health, learning and memory. It has been proven that people with high levels of omega-3 increase the production of blood flow in the brain. Besides, it has also been observed that there is a connection between this fatty acid and a better ability to process information .

Several studies have linked the lack of omega-3 fatty acids with the risk of depression and learning problems. On the other hand, it has been suggested that these compounds may delay age-related cognitive impairment and may help prevent Alzheimer's disease and other neurodegenerative diseases.


Turmeric is a yellow spice that is used to dress a multitude of dishes. Curcumin, the active ingredient in turmeric, has been proven to have many benefits that include: anti-inflammatory effects, antioxidant effects, improved cognition and memory, relief of depression and increased neurotrophic factor derived from the brain.


Extra virgin olive oil is an essential product in our diet and a product that is packed with antioxidants called polyphenols. Some research has suggested that polyphenols help improve memory and learning. Besides, they could also help reverse age-related diseases that reduce cognitive abilities and combat toxic proteins related to Alzheimer's disease.


Eggs are a source of nutrients linked to brain health, including vitamins B6 and B12, folic acid and choline. The latter is a micronutrient that the body uses to produce acetylcholine, a neurotransmitter that regulates mood and memory, among other functions. Besides, group B vitamins and folic acid may help delay age-related cognitive impairment.


As in the case of coffee, green tea caffeine increases cognitive performance, improving alertness, memory, and concentration. One of the components found in green tea, L-theanine, is an amino acid that crosses the blood-brain barrier and helps increase the activity of the GABA neurotransmitter, related to the reduction of anxiety. L-Theanine also increases the frequency of alpha waves, which helps you relax without feeling tired.


Like most green leafy vegetables, spinach also contains nutrients that help improve cognitive functions. This food is packed with vitamin K, which is considered the best vitamin for memory and concentration.

It has also been suggested that spinach can help slow down memory decline and cognitive abilities in adults. Spinach is also rich in vitamin A, which helps reduce inflammation of brain cells. 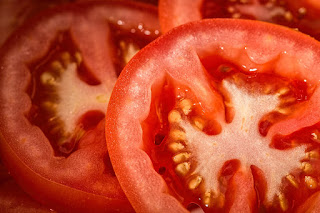 Tomatoes are the source of a potent antioxidant called lycopene. This antioxidant helps reduce cell damage that can contribute to Alzheimer's disease and dementia. Lycopene can also help prevent depression, which can cause more inflammation in the brain. Besides, tomatoes (especially cherry type) contain carotenoids, nutrients that help improve cognitive abilities and promote memory capacities.


Pumpkin seeds, like other seeds such as flax, chia or sesame seeds, contain numerous antioxidants that protect the brain from free radical damage. They are also an excellent source of magnesium, iron, zinc, and copper. These micronutrients act to improve nerve function, to increase cognitive functions such as memory and learning, and to prevent neurodegenerative diseases.


Among the most common whole grains, we can find oats, quinoa, corn or flaxseed, among others. These grains contain a large amount of fiber and, according to the latest research, their consumption may be related to a lower risk of mild cognitive impairment that can progress to Alzheimer's disease.

Diets that include these whole grains can reduce inflammation, oxidative stress and other vascular risk factors such as high blood pressure, which can play a significant role in increasing the risk of brain and heart disease.
by Alex at November 24, 2019