Smoking Too Much Increases The Amount Of Wrinkles On The Face

November 21, 2019
Atik
For the study conducted by the University of Bristol, the researchers used Mendelian randomization and tests of genetic-environmental interaction 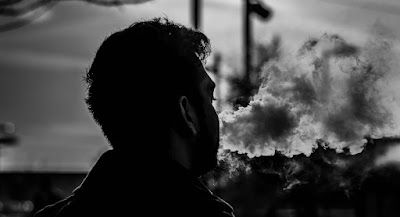 Excessive smoking can have a negative effect on facial aging, for example by increasing the amount of wrinkles, according to new research led by the University of Bristol.

The researchers wanted to try a new approach, which can be used in the systematic analysis of causal effects. Two methods were combined for the study: Mendelian randomization and genetic-environmental interaction tests.

According to their findings, this approach works, since its results included several known effects of excessive smoking, for example, in lung function. Thus, this type of research could be used to look for the effects of other exposures, such as alcohol intake.

Mendelian randomization is a technique that uses genetic variation in a person's DNA. It serves to help understand the causal relationships between risk factors and health outcomes. That is, if the degree to which a person smokes causally affects health outcomes.

However, it is biased if the genetic variant also affects the result through other routes. Therefore, the research team used additional information to overcome this problem.

By testing the associations in non-smokers and smokers, they were able to assess whether the genetic variant affects a result through smoking or other means.


We proposed a novel approach that could be used to look for the causal effects of health exposures, and we demonstrated this approach to look for the effects of smoking. We searched thousands of traits to identify those that may be affected by the amount of cigarettes a person smokes. In addition to identifying several known adverse effects, such as lung health, we also identified an adverse effect of excessive smoking on facial aging

said Louise Millard, one of the authors of the work.
by Atik at November 21, 2019