Home » Nutrition » Echinacea : What Are The Properties And Benefits Of This Plant?
Nutrition

Echinacea : What Are The Properties And Benefits Of This Plant?

December 03, 2019
Atik
This plant has been traditionally used for the healing qualities attributed to it. 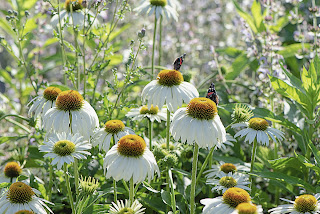 Echinacea is a type of plant that has been used to treat cold symptoms and other immune system disorders, including some as serious as cancer; However, the available research does not support the efficacy of this plant for any therapeutic application.

In this article, we will analyze the uses, side effects and therapeutic efficacy of echinacea from the studies that have been conducted around this natural remedy.


Plants of the echinacea genus are native to North America. Since ancient times they have been attributed various healing properties; Thus, the Pawnee Indians used echinacea for headache and the Lakotah as a general analgesic, while the Kiowa and Cheyenne tribe used it for colds and sore throats.

There are nine plant species that are categorized in the genus of echinacea. The two most used as dietary supplements are Echinacea purpurea and Echinacea angustifolia; we also find Echinacea pallida, paradox, atrorubens, laevigata, sanguinea, and tennesseensis.

Oral consumption (mainly in the form of tea and juice) and the use of echinacea as a medicine are carried out from the preparation of its roots and its flowers, or from extracts from other parts of its body. Sometimes the segments of the plant are allowed to dry, while in other cases they are used fresh and freshly extracted.

What is it for?


Echinacea is currently used to treat different types of physical disorders. The most common applications of these plants include the treatment of the common cold, although other diverse properties have also been described. In this sense, echinacea is consumed as a nutritional supplement or applied to the skin in a topical format.

Thus, some medicines with echinacea are used to treat skin problems; It is common for this type of product to be applied to prevent infections in recent wounds, among other uses. There are even those who have come to claim that echinacea can be used as a remedy for very serious immune disorders, particularly cancer.

This last application is related to the belief that echinacea has stimulating effects on the immune system, making its activity more effective in fighting all types of infections, including those associated with colds and colds.

On the other hand, some species of echinacea are also used with some frequency for decorative purposes, especially in gardens. Echinacea is also planted with the objective of rehabilitating damaged or impoverished natural areas, particularly grasslands; These are plants that reproduce quickly and with flowers that are very resistant to weather and seasons.

Does it really have therapeutic effects?


Most of the research on the efficacy of echinacea as a medicine has been carried out in relation to its most common application: the treatment of the common cold. However, we still need more scientific studies to be able to reliably assess the possible therapeutic effects of echinacea in other disorders.

The results of the available studies reliably state that echinacea does not reduce the duration of cold symptoms once it has already occurred. In this sense, the efficacy of echinacea to treat colds would be similar to that of placebo.

At the moment it is not clear if this plant can be useful to prevent the cold; Some research suggests that it could have this effect to some degree, although it has not been definitively demonstrated. Currently, possible active components and the action of echinacea bacteria on the human immune system are being analyzed.

On the other hand, the British Cancer Research UK Foundation said in a 2012 study that there is no evidence of the efficacy of echinacea in treating cancer. The same happens with the use of this plant to minimize the side effects of chemotherapy and radiotherapy.

Side effects and adverse reactions


The effects of products containing echinacea can vary significantly depending on different factors. Not only are the species or parts of the plant used relevant, but also the rest of the components that make up the product in question.

Research suggests that echinacea is quite safe for most people in the short term, although its long-term effects have not been studied. When adverse reactions appear, the most common affect the gastrointestinal system; For example, nausea, vomiting, and stomach pain are relatively common.

In some cases, allergic reactions appear that can have an important degree of severity. These types of physiological responses are more frequent in predisposed people and who have different allergies.

It should be borne in mind that in many cases dietary supplements and echinacea remedies or medications have not been manufactured in a regulated manner, and it is also very common that they have not been tested on humans before being marketed. Therefore, caution should be recommended when using products with echinacea.
by Atik at December 03, 2019