Home » Nutrition » How To Stop Drinking So Much Coffee: 4 Effective Tips
Nutrition

How To Stop Drinking So Much Coffee: 4 Effective Tips

December 03, 2019
Atik
Coffee can become an addiction that leads us to drink a lot every day. 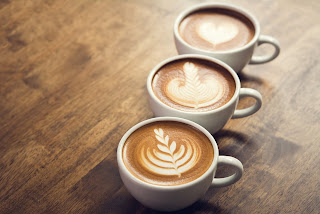 Coffee alone does not usually cause health damage, even if consumed moderately it has benefits such as keeping us alert, improving physical performance, and providing some essential nutrients such as riboflavin, pantothenic acid, magnesium and niacin among others.

On the contrary, excessive coffee consumption can cause serious damage to health. Drinking more than three cups a day begins to be considered out of the recommended. That is why many people would like to eliminate their consumption and begin to wonder how to stop consuming so much coffee. Let's see several tips.

4 tips to stop consuming so much coffee


Caffeine can be addictive, not only because of the sensation it provides by providing energy, but also because in high and prolonged consumption, the body gets used to its usual doses of coffee. For this reason, eliminating its consumption can cause withdrawal symptoms.

So, let's see how to stop drinking so much coffee on a daily basis.

1. Make the decision and have a goal

It is important to understand that one goal may be to stop consuming so much coffee, that is, to minimize it, and another may be to completely eliminate coffee consumption. That is why we have to reflect on what we want to mark an action plan.

It may be that if the consumption of coffee cups exceeds 4 per day, one goal is to reduce to two cups. Or if the goal is to eliminate it completely, it is advisable to have a real and attainable goal about the time in which it is expected to be able to achieve it. A realistic term could be between 3 to 5 months depending on the amounts that are currently used.

This step to stop drinking so much coffee is the first one that we must be very clear in order to start planning the following suggestion to eliminate or reduce the excessive consumption of this drink.


Stop drinking coffee brings a small inconvenience that must be solved: there is a withdrawal syndrome. Headache, fatigue, anxiety, and drowsiness are the most frequent symptoms to eliminate their consumption.

For this reason, stop drinking coffee should be a gradual objective in proportion to the amount currently consumed and to which one wants to reach.

The exercise may be that if you currently consume 5 cups a day, start by drinking 4 cups for 3 or 4 weeks, then reduce to 3 cups for 3 or weeks and so on until you reach your goal or no cup of coffee a day.

In this way, the caffeine that our body assimilates will gradually reduce the withdrawal syndrome or even help you not feel. If the high intake of coffee per day has been carried out for a prolonged period of time, then the body is already accustomed to caffeine, and between each cup of coffee there has been no proper process of the organism to discard it from the body, that It means that it has been a long time without working without caffeine.

If the consumption decreases gradually, the body will not suddenly suffer from this drop in caffeine and after a while, the body will have become accustomed to being without it.

After having made an action plan and gradually reducing consumption, stopping so much coffee will be easier than it seemed at first.


When the consumption of caffeine is high, a good way to achieve the gradual decrease of daily intakes is to replace it with some tea that contains caffeine and alternate it with one that does not contain.

Black or green tea contains caffeine so it could be taken in the morning to replace coffee. Being hot and containing caffeine, they could help you get the same feeling of energy that a cup of coffee provides. The following shots may be substituted for tea without caffeine such as chamomile, or perhaps one of orange blossoms or relaxing herbs to help decrease withdrawal symptoms.

Bitter chocolate or a cola soda are also good options to replace it. A cola has less caffeine than a cup of coffee, so it can be a great help to stop drinking so much coffee throughout the day.


Once we have started with the plan to stop drinking coffee and we begin to feel the first withdrawal symptoms, we can resort to exercises or activities that allow us to remain at peace and that serve as a palliative so as not to relapse.

Walking, swimming, doing yoga, tai chi or meditation, are some of the activities that can help perfectly because in addition to helping to release toxins they also serve to raise awareness of our body and the importance of its health and the benefits of leaving behind a habit that hurts us.

Meditation also works to relieve the anguish caused by leaving an addictive substance and with symptoms such as headache or drowsiness.
by Atik at December 03, 2019