Moringa: Characteristics, Benefits And Properties Of This Plant

December 02, 2019
Alex
This tree has beneficial properties in many ways, but it also has adverse effects. 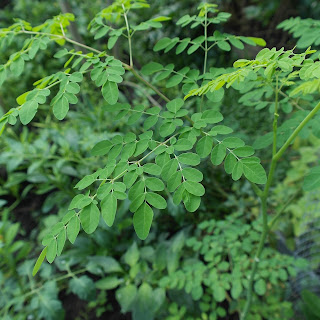 In the world, there is a large number of plants and vegetables, many of them with important medicinal and/or nutritional properties.

Some of them have been known since ancient times, and some have gained increasing prestige over time. One of them is moringa, a type of tree from which different parts are used both for consumption and for other uses. Its properties are many, some of which we will mention throughout this article.


The moringa is a species of tree, of scientific name Moringa oleifera, that belongs to the family of the moringáceas and that enjoys increasing popularity (to the point of being considered “miraculous tree”). This deciduous tree is usually between 5 and 10 meters high, with a cone-shaped crown and usually white flowers with elongated petals.

Also known as a tree for purification, kerlo tree or drumstick tree or drumstick tree (due to the elongated shape of its fruits), the moringa comes from northern India although it is also found in Africa and America, in addition to other Asian territories such as Pakistan and Arabia. It grows in humid and usually tropical climates, often on the banks of rivers, although it can also survive in dry areas.

Some of its main uses


The popularity of this plant is enormous, and the leaves, seeds, bark, and roots of moringa oleifera have multiple applications in many different fields. Moringa has among its components vitamins such as A or B, calcium, iron, potassium and magnesium, as well as phosphorus and zinc, multiple proteins and acids such as palmitic, ascorbic or oleic.

Other uses are given to the different parts of this tree go through papermaking or the use of wood as firewood. It can also be used for the production of biodiesel.

Beneficial properties of its consumption


There are many components of moringa that are beneficial for health, being a plant very rich in nutrients, mineral salts and vitamins. In addition, it has a number of interesting properties that can contribute to improving health status. Among these properties, the following stand out. 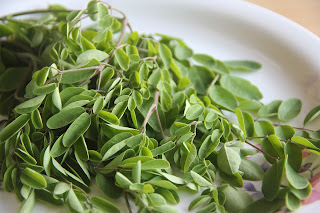 
One of the properties of moringa that may be useful is its antihypertensive capacity, contributing to lower blood pressure levels and facilitating blood flow.


An especially relevant aspect when we talk about the roots, flowers or seeds of moringa is its ability to fight infections, whether they come from bacteria or fungi. The leaves also have antibacterial properties, inhibiting the proliferation of some microorganisms.


Another of its relevant properties is its ability to lower blood sugar and even urine, being a hypoglycemic that can be interesting to take by diabetic subjects.


It has been observed that moringa helps protect the liver, mainly by the presence of flavonoids such as quercetin. And it not only protects but also contributes to the repair of the cells of that organ.


Moringa also has the ability to contribute to lowering and keeping bad cholesterol under control, as well as reducing the possibility of generating cholesterol plaques that clog arteries.


Moringa also has antioxidant properties, something that helps to promote the functioning of the body and to combat cell aging processes caused by free radicals.

7. Protects against anemia and fatigue


As we have said, moringa has a large amount of nutrients and is rich in iron and magnesium, which make it a product that helps us prevent anemic states, also helping to maintain energy levels. and reduce levels of fatigue and weakness.


Moringa is considered a plant with the ability to improve the energy level and also seems to have effects on the levels of neurotransmitters such as serotonin and norepinephrine.


Some studies seem to indicate that moringa leaves have components that can help fight or prevent cancer, inhibiting the activity of cancer-promoting bacteria thanks to its niazimicin content, among other components.


It has been observed that the consumption of moringa has laxative properties, especially with regard to its leaves. Thus, it can be recommended for consumption in cases of constipation.

Some risks and contraindications


Moringa is a product that can be highly beneficial for health and can usually be consumed normally in our daily lives, but it should be taken into account that some of its properties may be harmful to some people.

In this sense, it should be noted in the first place that the consumption of the bark and root of this plant can have an abortive effect when it is given in high doses, so pregnant women should avoid it.

It should also be avoided by people with low blood sugar levels, since as we have said it reduces blood sugar as a hypoglycemic product. It can also cause irritation and in some cases allergic reactions if not consumed together with other foods, in addition to insomnia or diarrhea.
by Alex at December 02, 2019