Peppermint : 10 Properties And Health Benefits Of This Plant

December 03, 2019
Atik
This herb has been used for centuries as a cooking ingredient and in remedies. 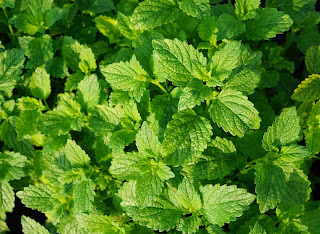 Surely the best-known properties of peppermint are aromatic and gastronomic. However, this plant has a lot of medicinal benefits that have been exploited for centuries.

In this article, you will find several properties of peppermint, as well as some of the main characteristics of this plant.


Peppermint is an aromatic plant of the genus Mentha. In fact, its scientific name is Mentha Spicata, which comes from Latin "spica" and means "spear." It receives this denomination by the shape of its leaves, whose stem reaches 30 cm in height.

In the extract of its leaves, there are different natural chemical compounds that have important effects on our bodies. It is a plant of easy cultivation and of European, Asian and African origin that has been used for several centuries, especially for its medicinal properties.

It is also a plant that can easily be acquired and added to the daily diet. Among the nutrients and minerals, it contains are fiber, vitamin A, magnesium, iron, and folate.


Due to the multiple properties it possesses, mentha spica has received the name of “peppermint”. Among the most popular are its aromatic and gastronomic benefits, however, it also has many medicinal properties. We will see below which are the main ones.


One of the properties that have been investigated recently is the activity of menthol in the regulation of lipids circulating in the bloodstream. In experiments with rats with induced diabetes, the intake of peppermint extract reduced cholesterol and triglyceride levels, which may indicate an important property of diabetes prevention.


It helps regulate the process of cellular oxidation, due to the bioactive substances present in the mint leaves. This antioxidant action, in turn, allows to prevent inflammation processes and, in a regular intake combined with other healthy lifestyles, can help prevent chronic degenerative diseases (such as diabetes and cardiovascular diseases).


The intake and also the cutaneous use of peppermint oil has properties such as muscle relaxant. This, in turn, allows cushioning painful sensations, which is attributed to the menthol action. For this reason, analgesic properties are recognized.


Peppermint has shown different modes of action in bacteria and eukaryotic cells, exhibiting different bactericidal properties. This may be due to the presence of phenolic components that act as prooxidants, which counteracts the activity of the bacteria. In addition, one of the effects of mint leaves has been to modulate the activity of the immune system, which is why it has been related to an antiparasitic effect.


Peppermint can be effective in relieving stomach upset and indigestion. The latter is generally caused by the prolonged permanence of food in the stomach, during its passage to the digestive tract.

In this sense, the intake of peppermint oil with meals has been effective in increasing the speed of food passing; which means that it favors your digestion.


Another of the properties related to the previous point is the relief of the characteristic symptoms of irritable bowel syndrome, for example, stomach pain and excess gas. Menthol helps relax the muscles of the digestive tract, an issue that helps relieve some of these symptoms.


As with other natural infusions, peppermint has important properties as a psychological relaxant. This is because it can cause a noticeable reduction in nervous tension after ingesting it in hot tea. Also, menthol oil, used in the form of ointment has relaxing and refreshing properties. For this reason, it is used in important muscular tensions, as in the relief of cramps.


Related to the previous point, menthol oil ointment (especially when mixed with other elements such as olive oil) can relieve minor burns. This is also related to its refreshing properties.


It is often thought that mint has a decongestant property. In fact, several of the pharmaceutical treatments that are purchased without a prescription contain menthol, a primary extract of peppermint oil. However, menthol itself does not have a decongestant action. The relief effect is caused by the refreshing sensation that mint causes when we inhale it.


Recently, the inhalation of essential oils of peppermint has been linked to brain functions, especially in the retention of short-term information. It has also been proposed that improves alertness and reduces fatigue, so it could be considered an invigorating. However, more studies are necessary for these results to be conclusive.
by Atik at December 03, 2019